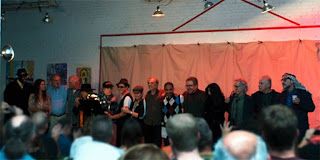 A sold-out show at Tommy Landau's Studio 1520 in Santa Monica, with amazing performances from the cast -- and the audience! Thanks to all who came, and to all who performed... 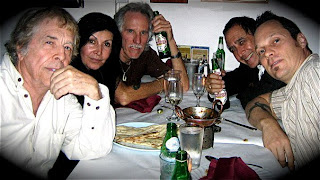 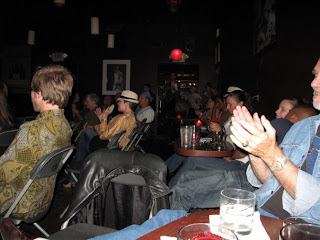 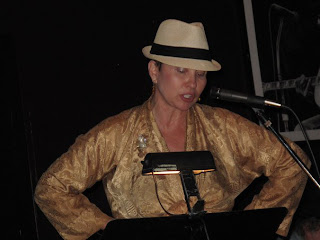 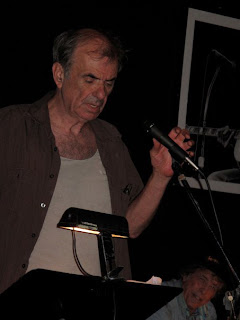 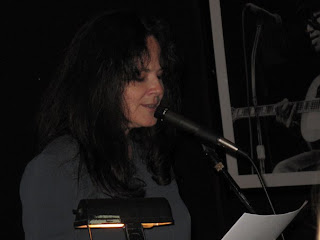 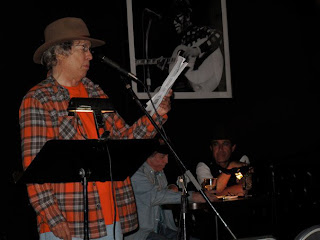 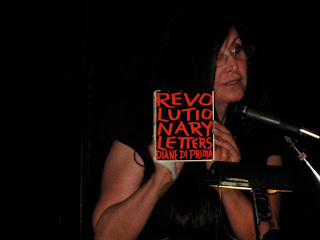 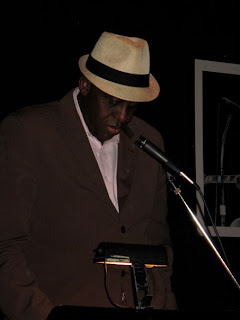 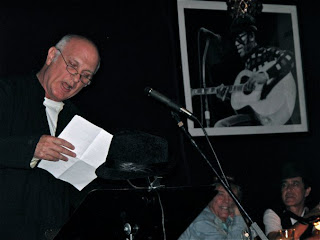 Email ThisBlogThis!Share to TwitterShare to FacebookShare to Pinterest
O Poets! Shamans of the word! When will you recover the trance-like rhythms, the subliminal imagery, the haunting sense of possession, the powerful inflection and enunciation to effect the vision? Throw off this malaise, this evasion, this attitudinizing and sickliness of urbanity. Penetrate to the discord in yourself, the rootlessness, and induce the trance that will heal the rift within. Shamanize! Shamanize! The American destiny is in your hands.
--William Everson, (Brother Antoninus) Birth of a Poet

In a loose re-creation of the historic 1955 Six Gallery poetry reading, and other readings of the Beat Era, a group of prominent LA poets read favorite poems by Beat icons. As they read, they take on the personae of the various poets, and a dramatic situation takes shape as two offstage commentators drink wine, joke around and conjure up the poet-readers from the audience, one after another… all the while awaiting the arrival of “Jack” (Kerouac), who is always late, and may not show up. One of the poets passes the hat for donations. Finally, Jack appears (or does he?) and brings the evening to an emotional climax.

The 90-minute piece is partly scripted, partly improvised, not unlike a jazz performance where musicians depart from the sheet music to do their own thing. Poets are invited to choose the poet they prefer to read. The cast changes from night to night. As the evening progresses, the reality of the present shifts back and forth to the past. The effect will be a shamanistic evocation of the Beat Era, an homage to its lost heroes, as well as an entertaining night of live poetry.

POET CHARACTERS (only 8 or 9 will be performed each night)